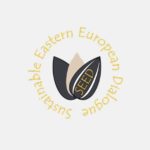 Hello Ricardo, first of all thank you very much for taking your time to speak with us today, That’s really great! First some information about you: Who are you and what are you aiming at currently? I am student at the Free University of Berlin and do my Master’s in East European Studies, focusing on Economics. Besides that, I am active… Read more →

Election Observation in Armenia – Learning to Deal with Frustration

On 2  April 2017, Armenians were called to the polls to elect a new parliament. Although “new” is not entirely right, because the ruling party, Republican Party of Armenia (RPA), won the absolute majority and was reconfirmed after two decades in power. They just did a good job for the country? Not exactly, at least when you look at the… Read more →

Between the EAEU and the EU

36% out of 1145 Armenians perceive the EAEU (Eurasian Economic Union – comprising Armenia, Belarus, Kazakhstan, Kyrgyzstan, and Russia) a more preferable path of integration for Armenia, whereas 27,2% support the EU and 21,7% argue that Armenia should not take part at the integration process. This was the outcome of an opinion poll conducted by the Armenian representation of the… Read more →

Each “frozen” conflict has its own peculiarities, said OSCE Secretary General Lamberto Zannier few days ago during the conference ‘’Europe Under Pressure’’, and clearly he wanted to remind that the world should never forget about them. Last November, Baku hosted an international conference with the participation of Armenian human rights activists and NGO leaders for the first time in the… Read more →

In a little village in Tavush province in Armenia, called Choratan, social and cultural life is well-developed and plays a key role. Since the town is located close to the Azerbaijani border, it is from time to time in crosshairs between Armenian and Azerbaijani forces. Responsible for the lively social-cultural activities is the “Mkhitar youth centre”, which was founded in… Read more →

To be active and to stand up for their views, was noted as the most important thing about youth by the Armenian President Serzh Sargsyan in his speech at the youth assembly of the 16th congress of the Republican Party of Armenia (RPA). Nearly 300 members of the party’s youth organisation took part at the meeting. The President, further stressed… Read more →

With 98% of its population being ethnic Armenians, the country is one of the most ethnically homogeneous countries in the world. However, ethnic minorities are often unrepresented in different institutions and discriminated regarding their culture, language and traditions. On Wednesday, the 14th December 2016, the Prime Minister of Armenia, Karen Karapetyan, met with various representatives of ethnic minorities. The conference… Read more →

The Organization for Security and Cooperation in Europe (OSCE) conducted a monitoring of the Line of Contact between armed forces of Nagorno-Karabakh and Azerbaijan. An agreement was reached with the authorities of the Nagorno-Karabakh Republic. The monitoring was held on 28th of November in the eastern part of Talish village. The authorities have voiced their readiness to contribute to the… Read more →

On November 3rd, the first working day of new European Neighbourhood Policy (ENP) and Enlargement Negotiations Commissioner Johannes Hahn, an important move towards a closer partnership between the European Union and Armenia has been taken. Hahn and Armenian Minister of Economy, Karen Chshmarityan, met in Brussels in order to sign a Memorandum of Understanding (MoU), an agreement to expresses a… Read more →

Never get tired of doing little things for the others, as sometimes those little things occupy the biggest part of their hearts. It was this thought that led the members of AEGEE-Yerevan to make orphanage kids day more beautiful and colourful. On 9th June, 2014, AEGEE-Yerevan organized a charity visit to Gavar Town’s Orphanage, which is located in the north-east… Read more →