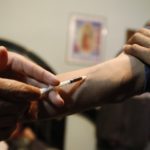 For most of the people in the world, it is common that Russia has a significant problem about alcoholism. According to a research, there are 2.2 million alcoholics, 700.000 alcohol related-deaths, 160.000 diagnosed with psychosis. Drug abuse is nearly same level with alcoholism. It is a growing problem for Russia. National Institute on Drug Abuse says that “some researches estimate… Read more → 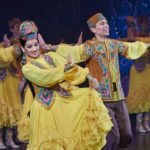 In the framework of our project dedicated to ethnicity in Russia, we are conducting several interviews with young people from different regions and asking them about their habits, their culture and the issues they might be face sometimes. We are glad to introduce you Tansu, a Tatar student from Kazan but also an AEGEE member. Thank you very much Tansu for taking the time to… Read more →

Since the politico-economic Union between Belarus and Russia was adopted in 2000, both countries have been entertaining close political, economic and cultural ties. But lately the dispute over oil and gas deliveries and other issues between the two post-soviet brothers, mostly caused by Belarus´s political and economic approach to the European Union, has been escalating into a trade war, causing… Read more →

Putin and the de facto leader of South Ossetia, Leonid Tibilov, signed the “alliance and integration treaty” in the Kremli on March 18. Part of the treaty gives Russia responsibility for ensuring the defense and security of South Ossetia, including guarding its borders. After signing the treaty Putin in conversation with Tibilov mentioned that 1 billion rubles will be allocated in 2016 for the… Read more →

The Parliamentary Elections in Ukraine

The parliamentary elections on following Sunday, October 26, President Petro Poroshenko and Prime Minister Arseniy Yatsenyuk have held preliminary power-sharing talks. It’s been decided to form a coalition and build a new government as fast as possible. Even though not all the votes have been counted yet, the pro-Europe forces can hail a victory. According to early figures from the… Read more →

With pleasure we present an impressive opening speech that our friend Marta Wnuk gave at AEGEE’s Model United Nations Kraków 2014. She acted as an expert in the EU-Russia relations therefore her performance focused mainly on the current situation in Ukraine. Enjoy! — Dear honourable guests, “We have a sick man on our hands, a man gravely ill, it will… Read more →